We are very excited to announce that the classic fantasy game Eternal Fury Html 5 has officially been launched on 20th May. Eternal Fury has been re- designed with new cross-platform features and a HTML 5 version after four years.

May 21, 2019 - Game Hollywood announces that the new cross-platform version of Eternal Fury (Html 5) has officially been launched worldwide with CreaGames and Kongregate, which are one of Europe's and North America's  top  game  publishers.  Eternal Fury, featured several times by Google Play Store and AppStore in North America and Asia in 2014, is a thrilling fantasy game. It has over 2 million users worldwide and has always been a favorite of the rankings. 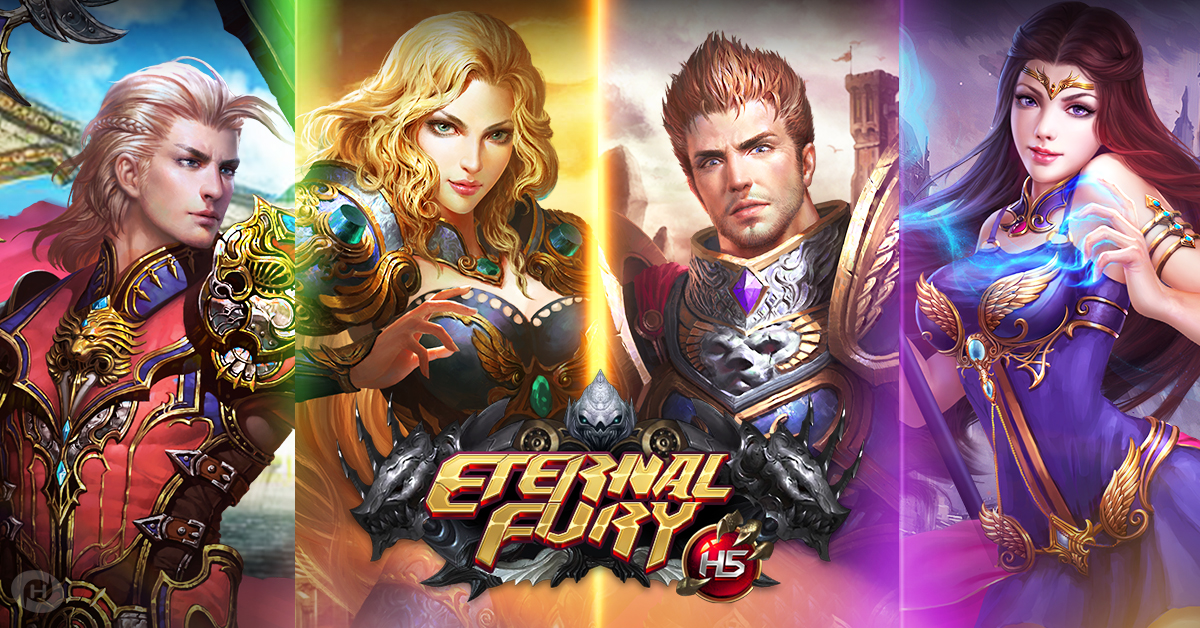 Cross-platform Eternal Fury (Html 5), based on the western magical style of the first-generation mobile game, retaining the classic gameplay and character system, adding innovative elements, mercenary summoning gameplay. Players can summon random acquisitions of different quality mercenaries and customize the base attributes of the mercenary growth system. Also, their unique mercenaries can be defined by the players and then match their exceptional mercenary team to enhance the game's strategy and playability.

Eternal Fury (Html 5) allows players to experience the game on all platforms. It eliminates the need to install Flash to start the game, gets away the need to install apps and plugins as well as easily works with all browsers. At the same time, Html 5 also brings more screen and operation optimization and more free game experience for players.

Players will take the role of a lost soul. He was attacked and injured, and now he can’t remember who he is and what’s his mission… but will still fight for justice until he regains his memory back and discovers the plot behind the havoc that has aroused in the kingdom. In this journey, players will not only live a fun experience improving their skills but will also be accompanied by powerful mounts, mercenaries, will be a part of a war.